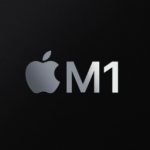 Stepping back to look at this success, one can only wonder what’s next and look forward to the next device releases in 2021.

Even a conservative assumption means that Apple will blow Intel, AMD and Microsoft out of the water with their next iteration of systems.

Looking at the iPhone and iPad chip trajectories over the past several years is very encouraging when thinking about where the M1 can go from here and how quickly it can revolutionize laptop and desktop systems.

If Apple were to release a true server version of their silicon with an OS to go with it, that would be a game changer for that market.